In early June, Donald Trump is once again coming to the UK. This time it will be for a full state visit, with plans for a procession down the Mall between Buckingham Palace and Trafalgar Square in a golden carriage.

In July last year, Momentum helped organise one of the largest protests in more than a decade, which saw a quarter of a million people march against Trump’s politics of hate and division. Now we’ve got to do it again – and make our action bigger, better and more disruptive than before. 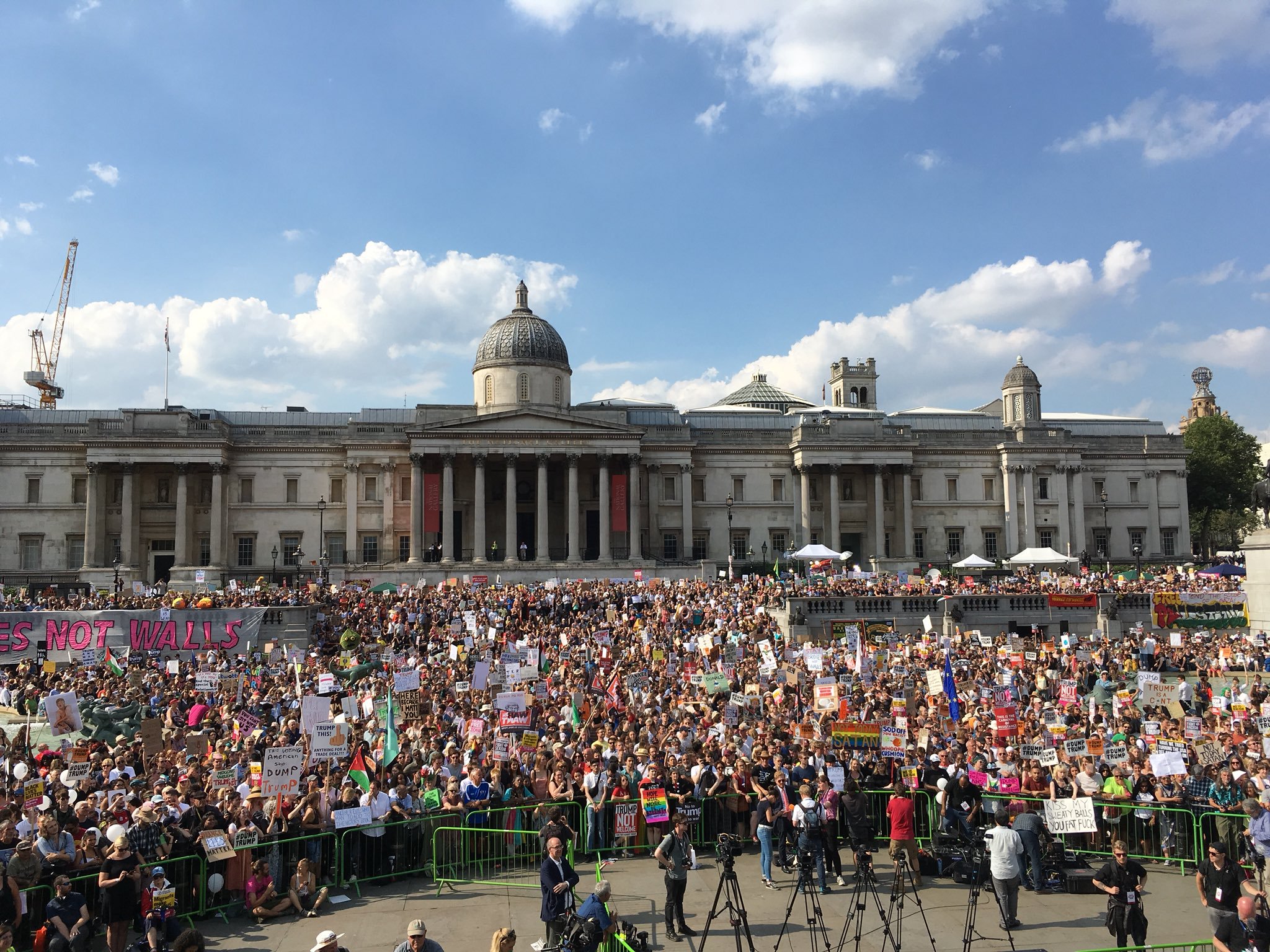 Let’s get ready to stop Trump

Join the demo and #StopTrump

Since his inauguration, Trump has cut taxes for the super rich, implemented discriminatory policies against transgender people, called African countries shitholes, pulled the US out of the Paris Climate Agreement, tried to ban people from Muslim majority nations entering the US and forcibly separated children from their parents at the Mexican border.

But when we take action on Tuesday 4 June, we take action against cruel, racist and destructive policies at home too. The UK is the only country in Europe where immigrants can be held in detention centres indefinitely, and with Theresa May cosying up to Trump, it’s clear this won’t change without a change of government.

Join us on Tuesday 4 June to stop Trump.