Climate breakdown is already wreaking havoc across the globe. And contrary to what you’ve been told, it isn’t being caused by ordinary people, but by oil barons, fossil fuel executives – and the banks that fund them.

The worst bank in Europe for funding fossil fuels is Barclays, which invested over $85bn in the industry between 2016 and 2018. This Saturday, Momentum members are taking peaceful action at over 40 Barclays branches around the country to tell the bank to drop fossil fuels. I urge you to join them. 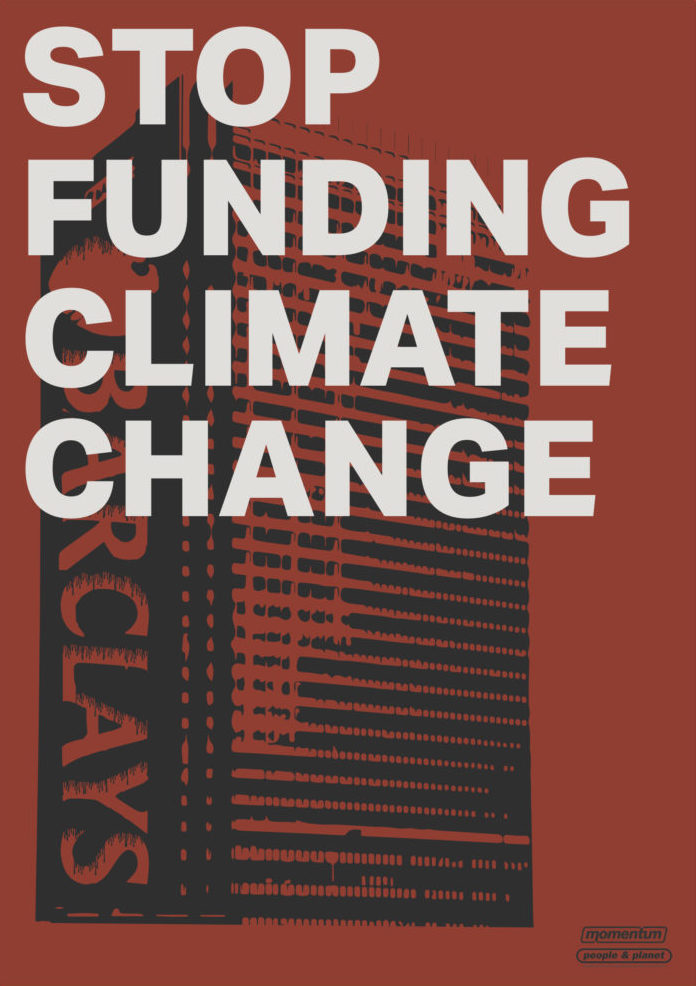 Find an action near you on Saturday ✊

Join Momentum and support the campaign

In government, the Labour Party will implement radical policies to kickstart a Green Industrial Revolution, tackle climate change and transform the economy so it works for everyone. But policy proposals from the top down aren’t enough – in order to win, we need to build a grassroots movement to take on the banks and break the chain of fossil fuel finance.

I remember when students in the 1980s won their campaign to get Barclays to withdraw from the apartheid regime in South Africa. And in 2017, following hundreds of creative direct actions across the country, the bank’s chairman told shareholders Barclays would be withdrawing its financing of a company licensed to frack in Ryedale.

It’s incredible that Momentum members have organised more than 40 actions on Saturday, but in order to really put pressure on the bank we need thousands of people to join their local actions on the day. Click here to find your nearest action, click ‘attending’ on its Facebook event, and invite all your friends.

We’ve forced through radical change before. Now is the time to do it again.